I have been attending the National Police Cadet Corps (NPCC) Annual Parade for the past 6 years and I think this might be the last parade I'm attending. Thank you Mr Chng and Jason for the tickets! :D

I love parade and ceremonies so usually I would only attend the parades and skip the performances. Not that I do not appreciate it but I'm more interested in parades.

Yup, so I met Zihui @ Boon Lay and took bus 172 to Home Team Academy (HTA) and met Nicea. We were late but thank god for Lloyd and Ash who found space at the top right of the grandstand (at honour) and we managed to get a good view there.

I love how they marched in this year :)

The way the guard of honor flag party formed up was exactly like the one during National Day Parade which was cool because that was my favorite part of NDP.

I captured these 2 pictures because Lloyd and Nicea caught them. I feel bad for them because they probably couldn't breathe well. If it were me, I would be blowing because I would feel damn annoyed.

Ready for the march past ~

When the parade and post parade were over, we went to the drill shed to look for our friends to take pictures! Harmony Hall later. 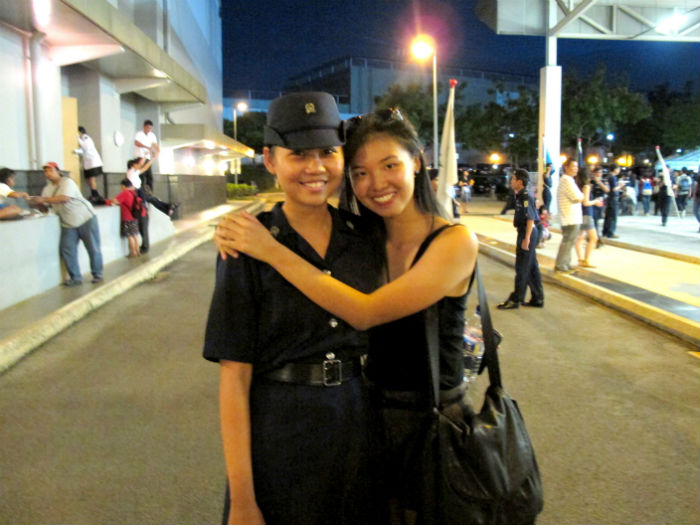 Met our NDP09 contingent mate, Aqilah! She's going for the Cadet Inspector course in June. I saw her on the bus and thought she was already a CI. Almost couldn't recognize her until she nudged me! ☺ 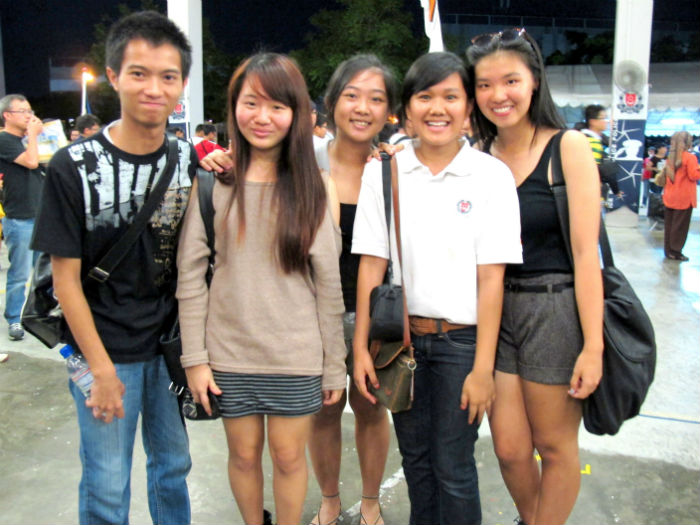 My OBS mate for a day, Amanda!☺I couldn't join my group Magellan for sea expedition so I joined her group Cheng Ho for land expedition :) There were so many boys in the group who admired her! 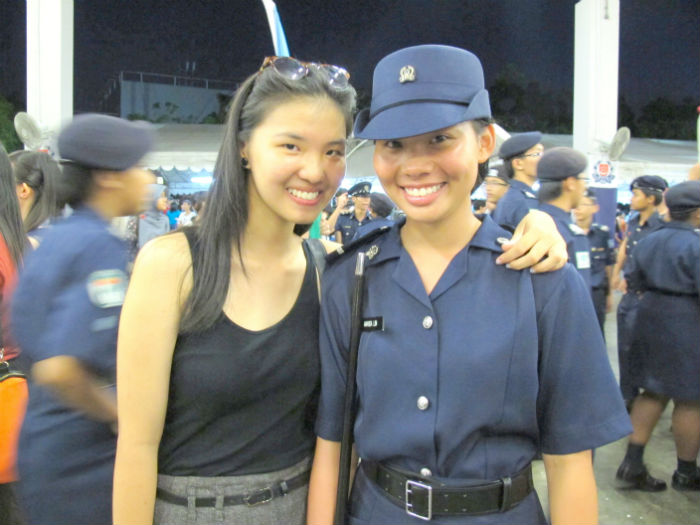 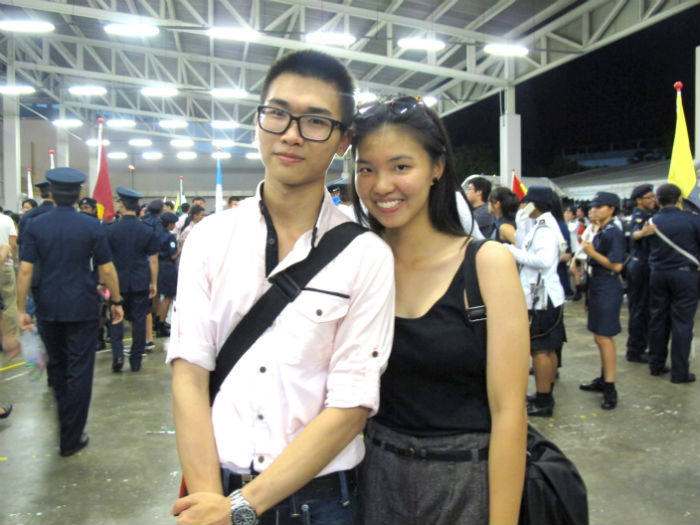 Eunice!☺Met her during the Overseas Educational Trip to Hong Kong and Macau (NPCC HKOEV) Miss the group of girls. 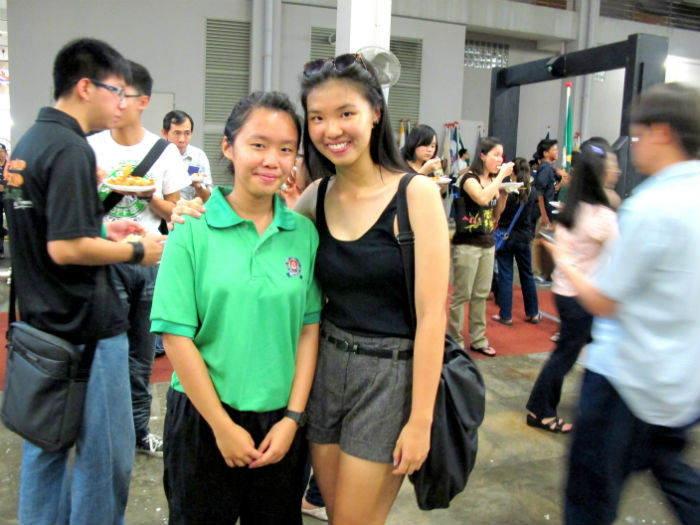 Met my juniors there too!☺Choonhuat and Shaocai. They participated in the post parade. 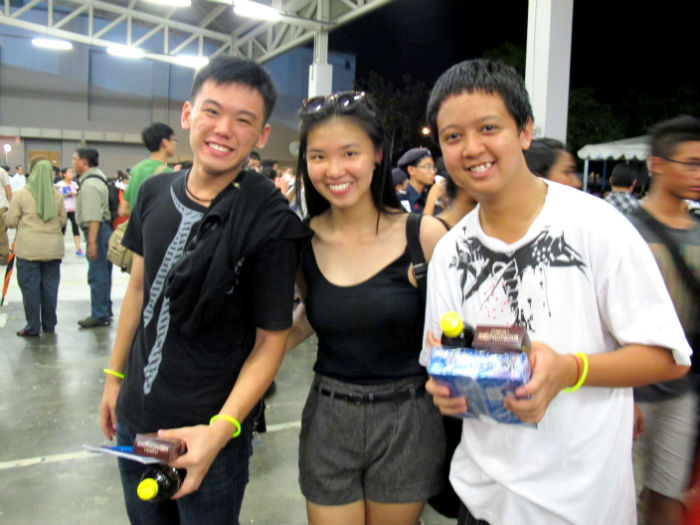 Another picture with more juniors ☺ 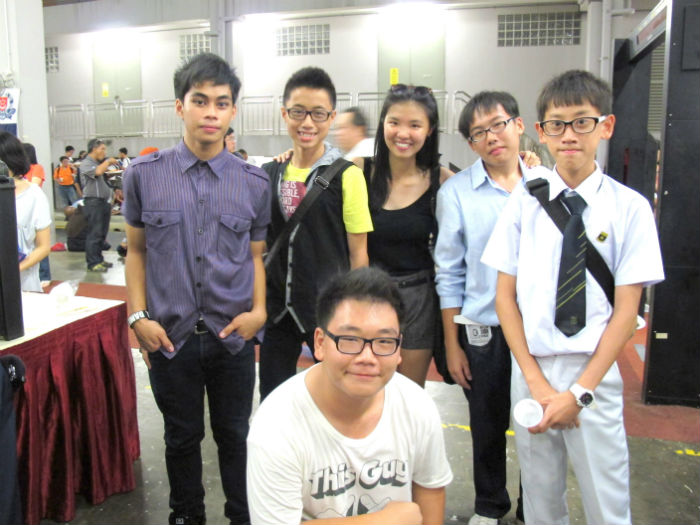 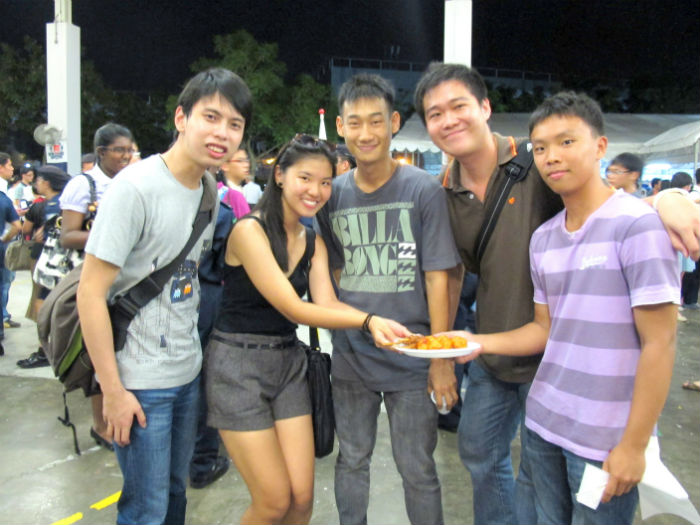 A picture with Cassandra☺ 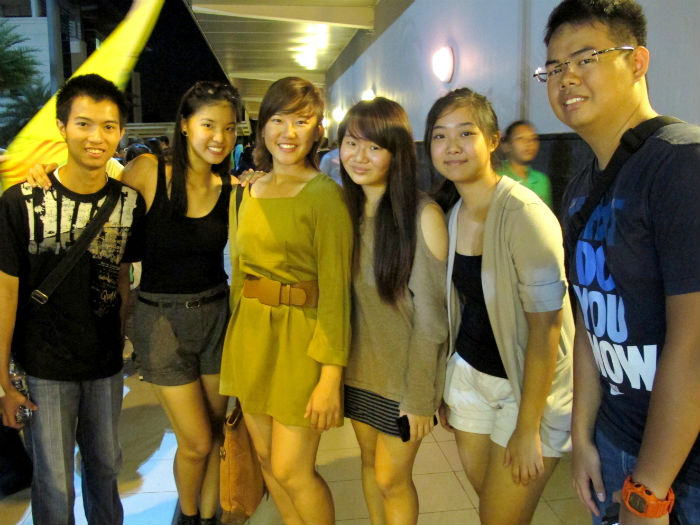 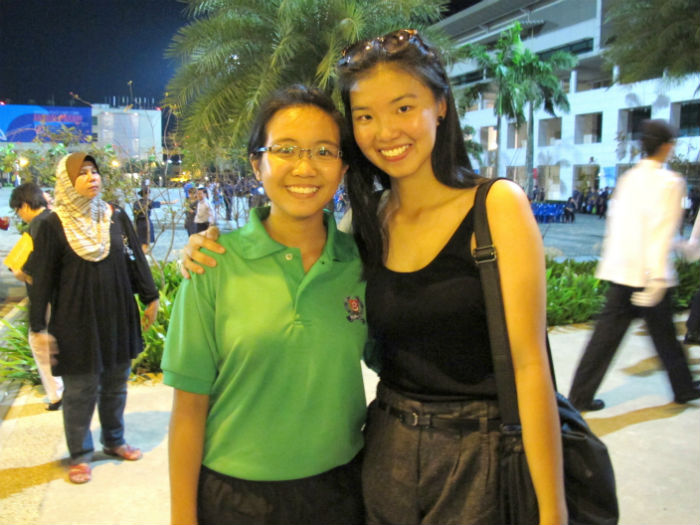 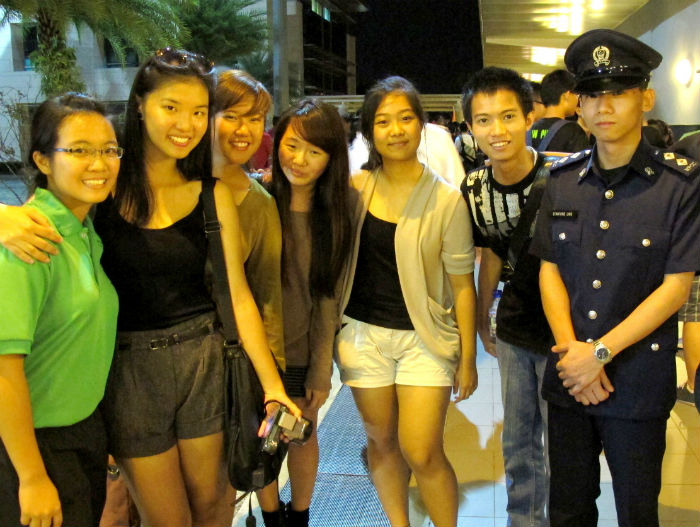 Everyone was doing the Nicea's pose and Stanford just stoned! NDP09 ☺ 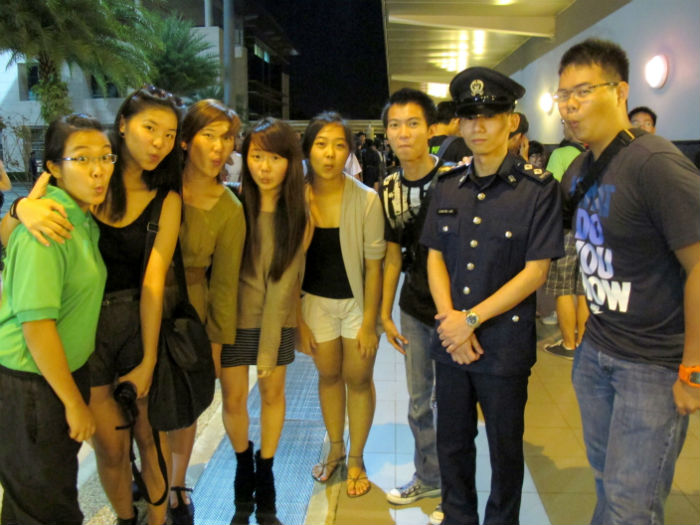 Nasrul, my senior in Beatty☺ 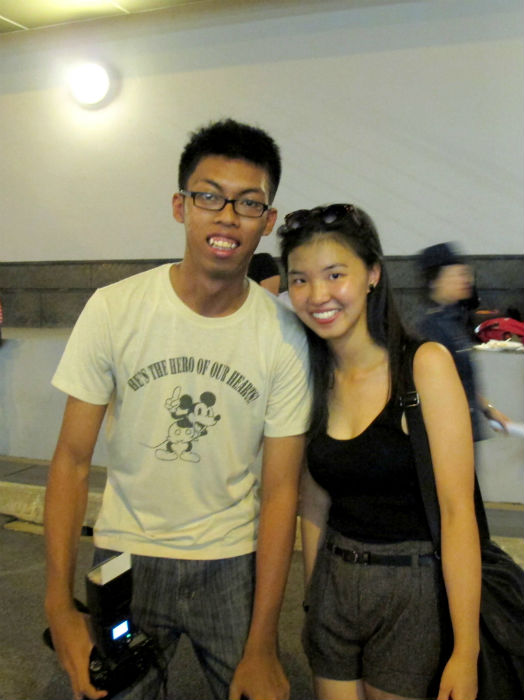 NDP09 contingent mate, xiaohong!☺She thought I was a CI haha I told her maybe I would look smart in the uniform. 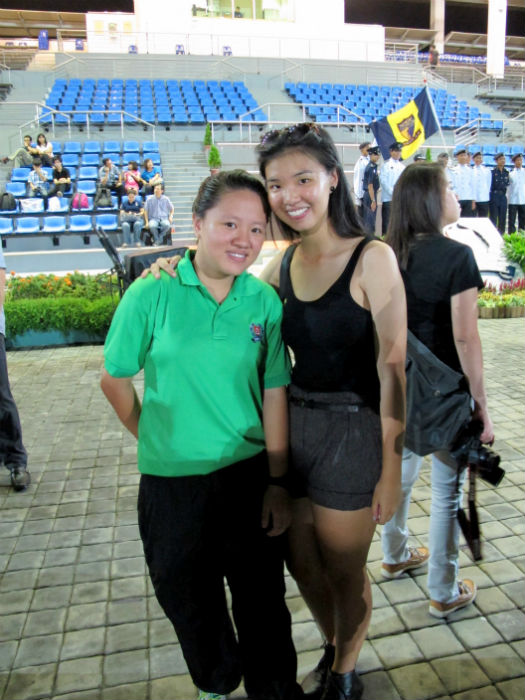 Mr Chng!☺I will try to attend more of BC! Hope Jason can send me home hehe (I know you are reading this, Jason) 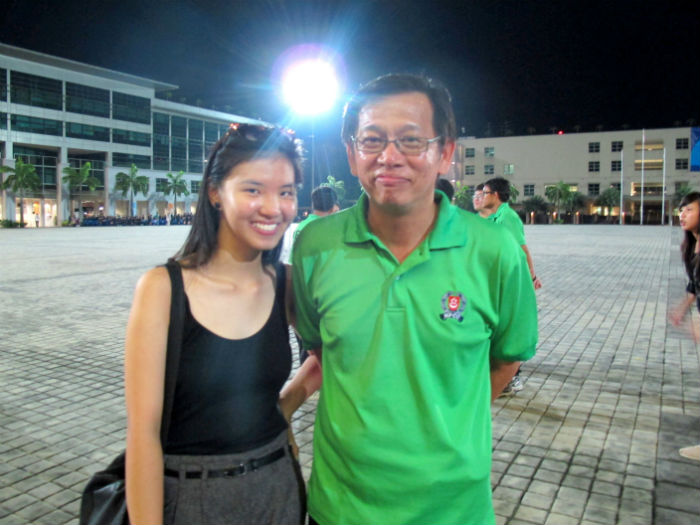 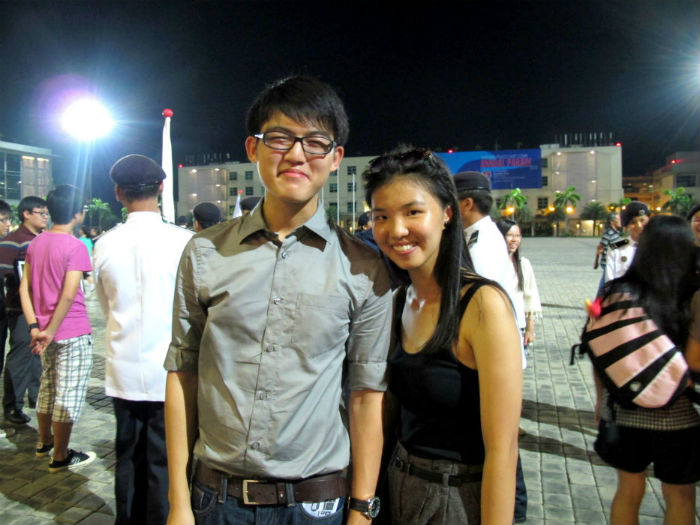 NDP09 contingent mate, Gary Low!!!☺I really feel so proud of him!!! He works very hard for everything and treats everyone with respect, my role model☺ 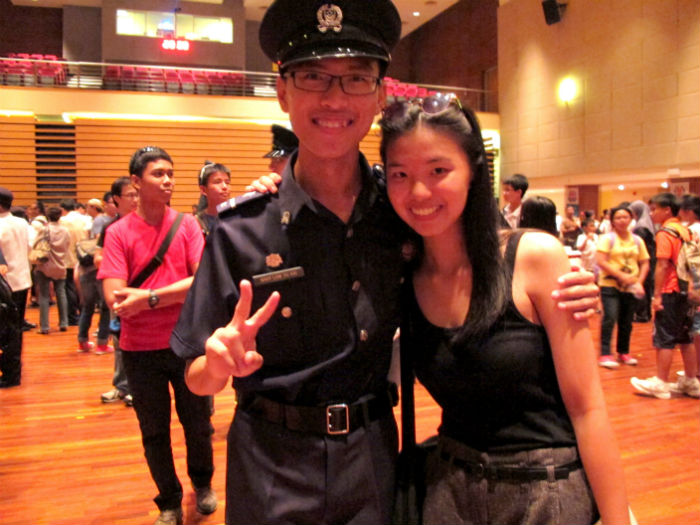 Lianyu ma'am☺At least she could remember us, the siaozhabors of NDP09! 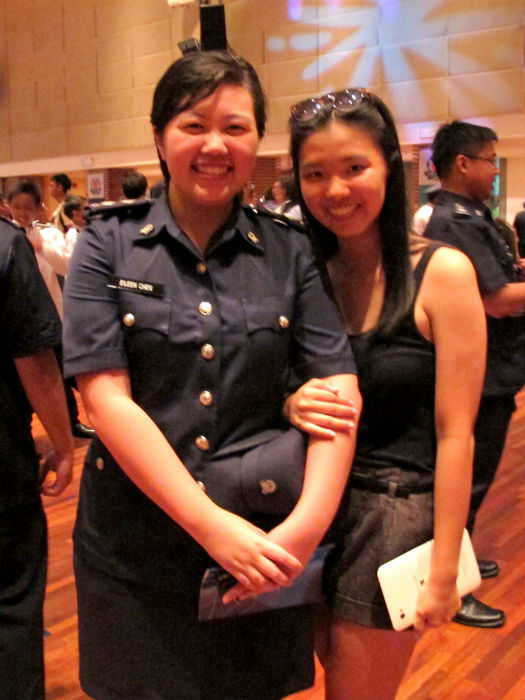 One of the officers who went for the HKOEV trip with us, Teck Liang sir ☺ 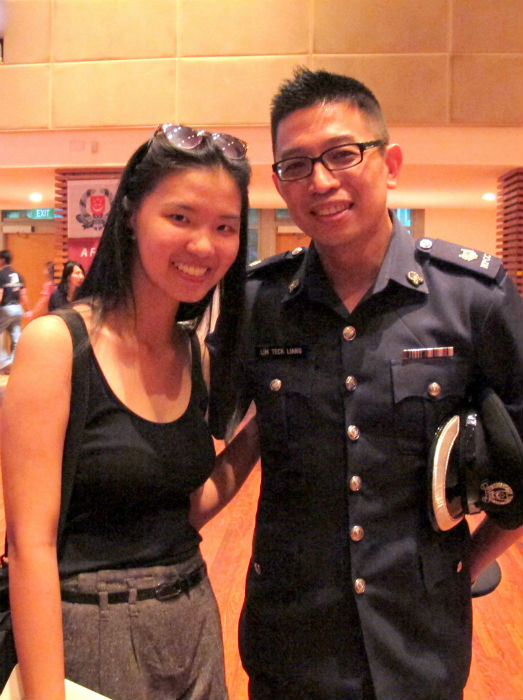 The officers who went for the HKOEV09 with us, Teck Liang sir and Jerry sir!☺☺
I met Cindy ma'am and gave her a hug! <3 But she had to leave and another group was calling me to take a group picture :'( 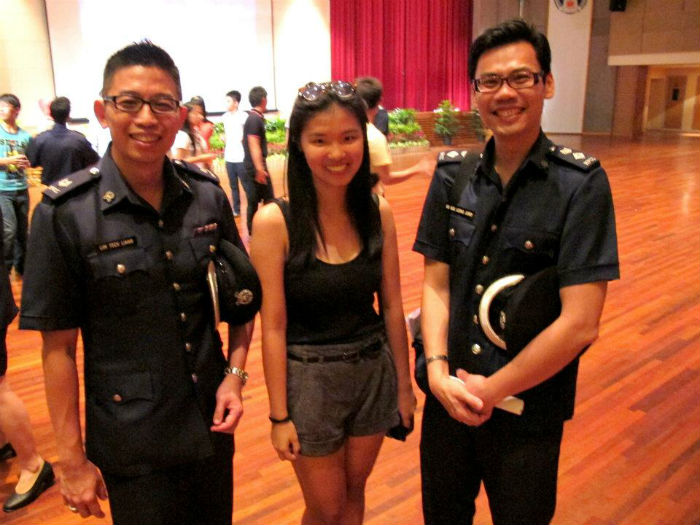 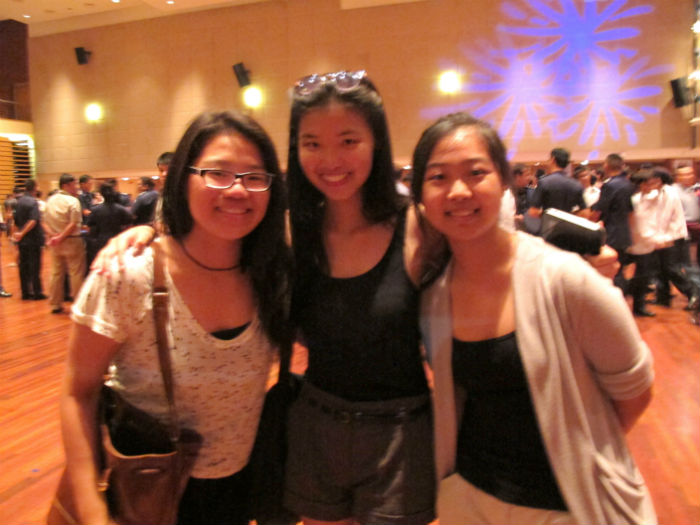 With Mr Ronnie Goh and his gold award☺ 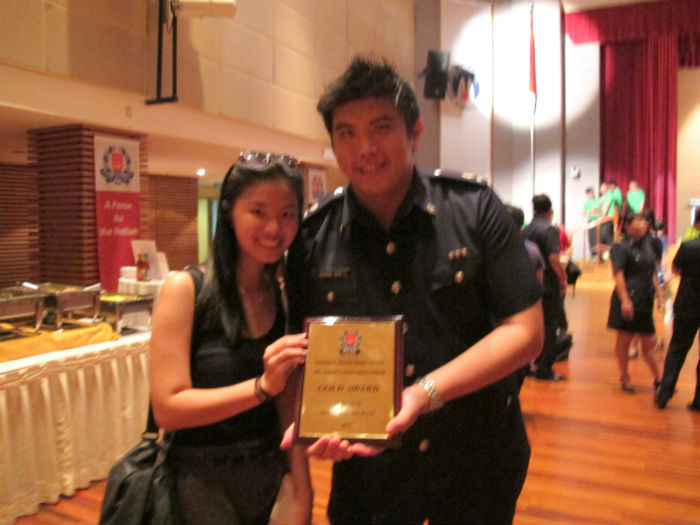 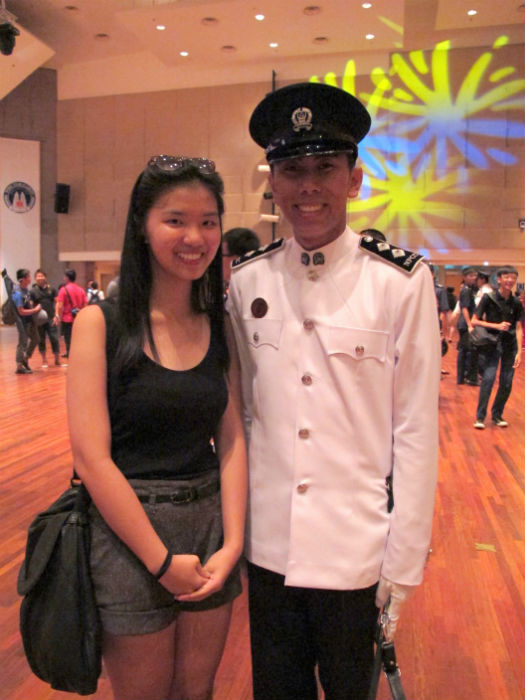 Terence!!!☺Haha this picture is blur but I love it! Maybe I look better in blur pictures, sigh. Hahaha I think Terence cute leh! 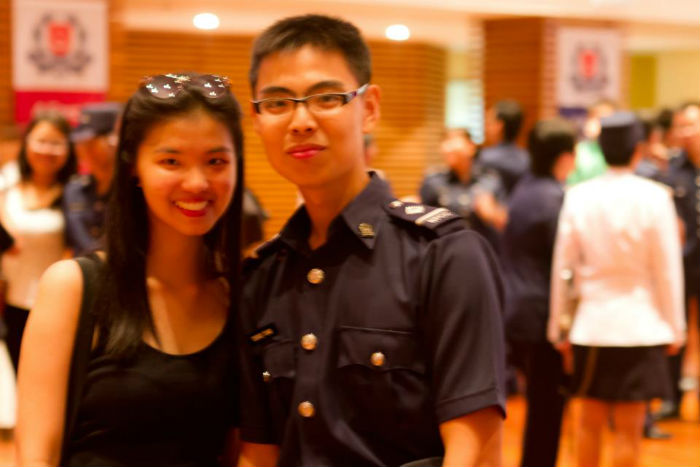 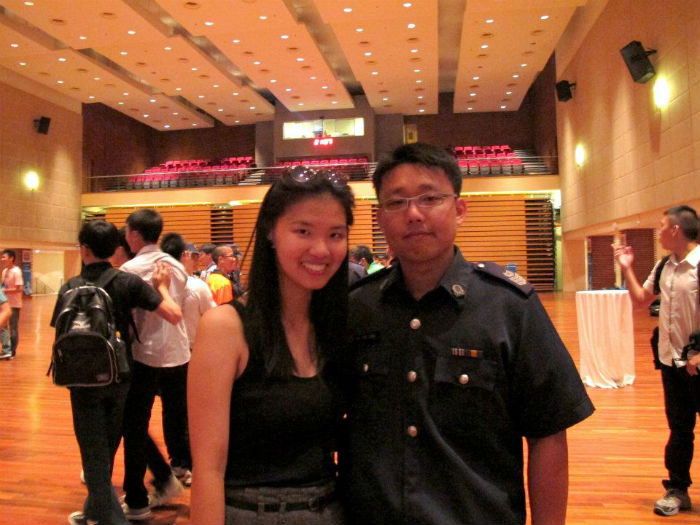 Group shot with my juniors! It's blur though, because of the lighting sighhhhhhh. Harmony Hall is not suitable for photo taking without flash. 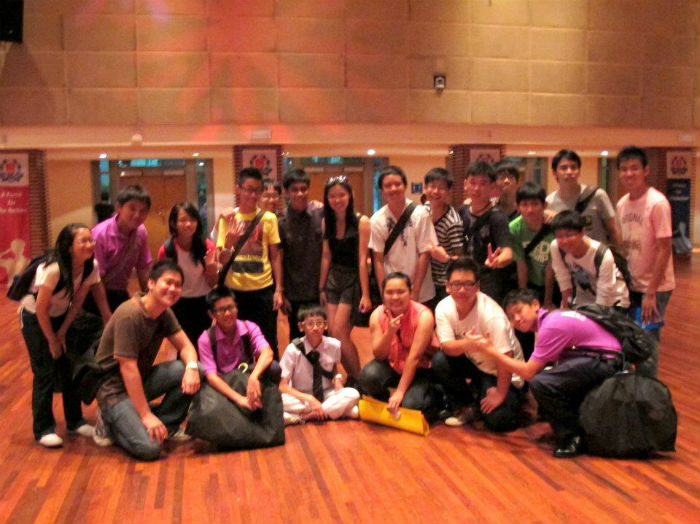 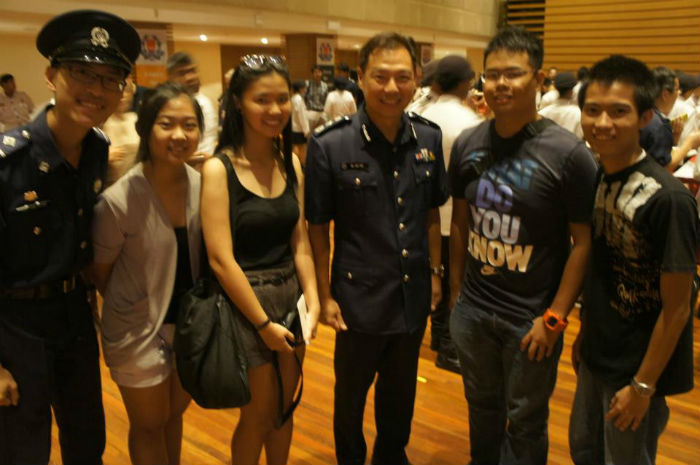 There were so many people I didn't manage to take pictures with! I didn't wear my spectacle on that day so couldn't spot most of the people and it was crowded. I really hope to see all my NPCC friends, ALL! Maybe NDP09/OBS/HKOEV outings after the JC peeps A levels :) Please let it be a success!
Posted by Koh Ching Na at 09:45