Little bit of everything

On Thursday, I went to Marina Bay Sands gym with Xinwei. We went to pick dad up at his office, sent mum to Chinatown before dropping me off at Marina Bay Sands. Thank god the rain stopped after awhile. 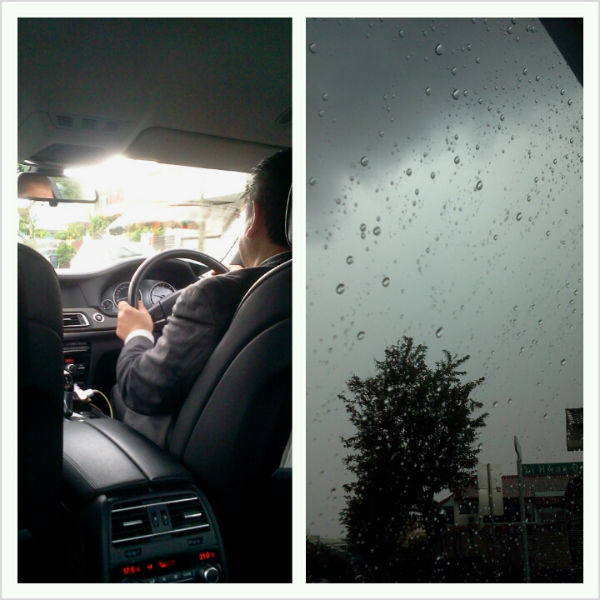 Xinwei was late (haha as usual) so I walked around the shoppes and hopefully could get something I like at Juicy Couture or Victoria's Secret but oh well, disappointed again. I wanted to walk into Chanel, Louis Vuitton and Hermes but just felt that it's inappropriate to walk in with that attire. I don't like to get judged at branded shops ok.........

I ended up eating hazelnut ice cream (kiddie size) with brownie at Cold Rock. I wanted to eat after exams but I'm on a diet so I decided to resist the temptation but whatever la, craving satisfied hehe :) 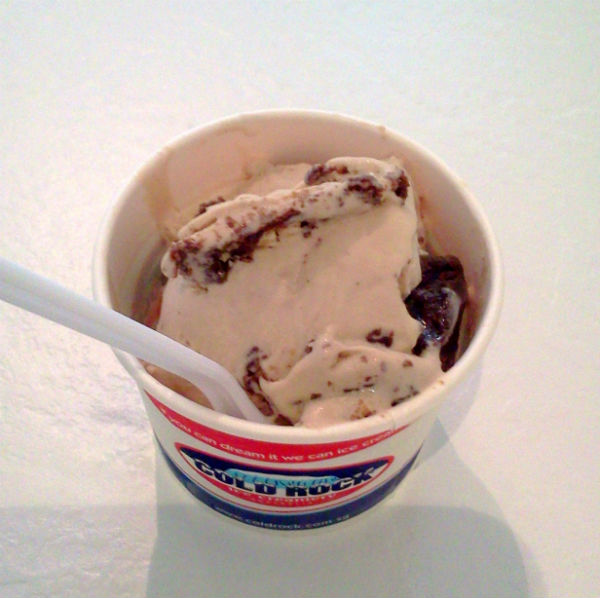 YAY the late queen arrived and off to the gym :) 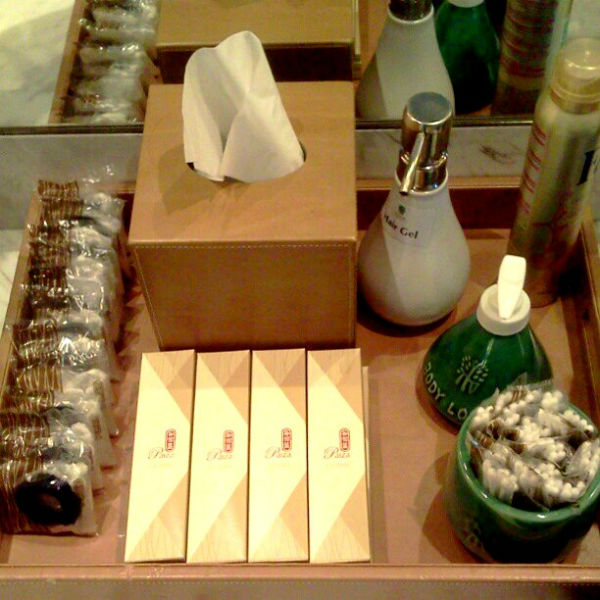 A must mirror reflection picture in the gym HAHA yes it's a MUST.
The fitness club attendant asked if we're sisters. Haha we get this question all the time!
I told the attendant my name's nana and she asked if xinwei's name's nunu #WHAT 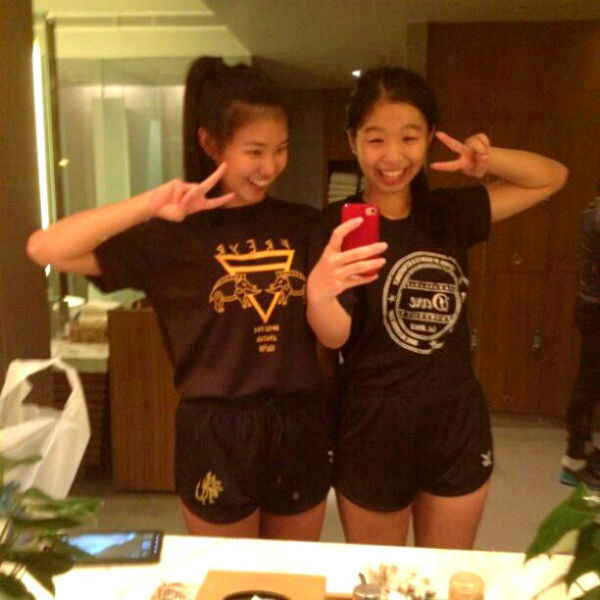 Shamelessly took this picture on bff's phone and instagramed it 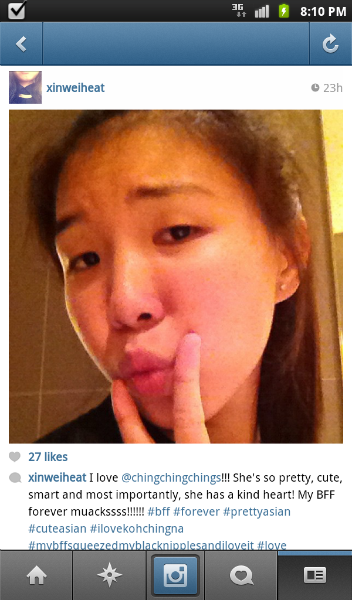 The next morning, I went to Toa Payoh Lor 8 market with mum for breakfast! My favorite stall which sells chee cheong fan, porridge, yam cakes......., was opened! The last few times I went was either closed or I was too early :( 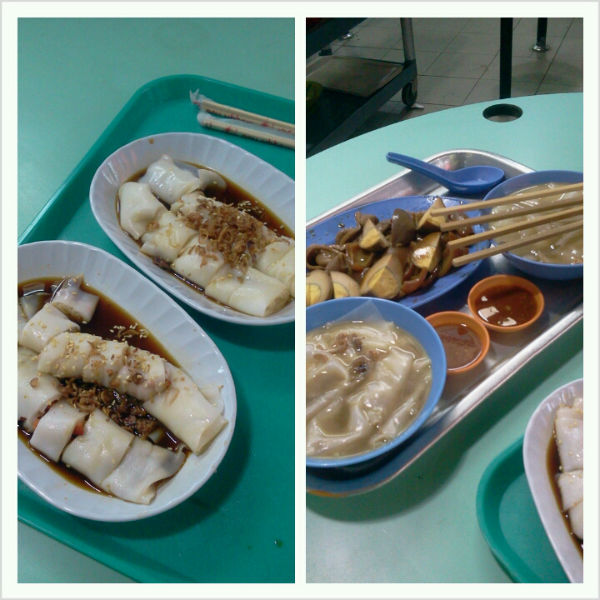 We walked to Lor 7 market to buy pork for Zegna and chicken for Buddy. Then, we visited the vet to get ear drop thingy for ZegBud :)

Took bus home because we couldn't get a cab.

Here is a picture of my babies sun tanning! 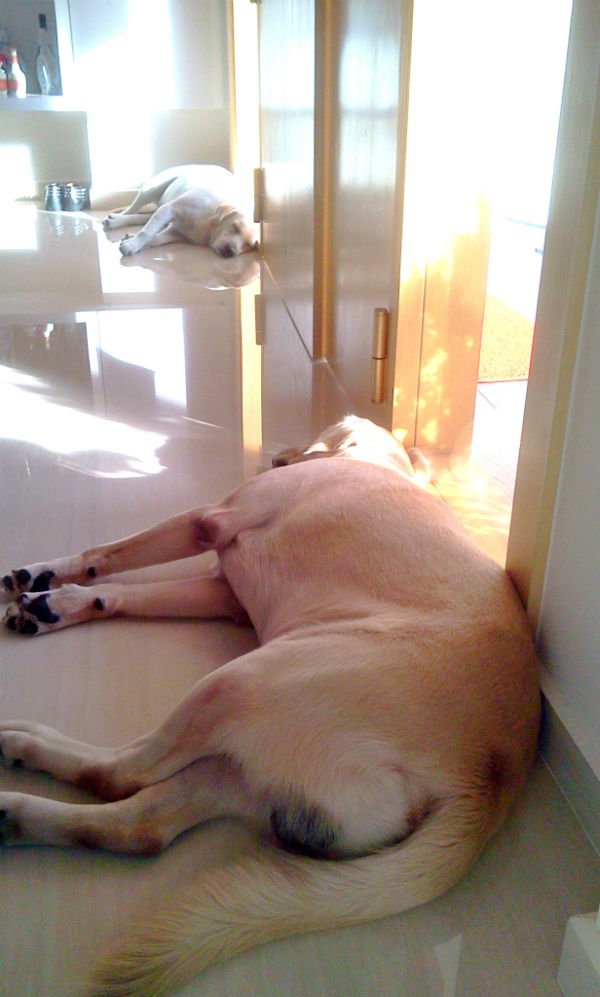 Since it's my holiday, I've been helping my helper to bathe my dogs and blow dry their fur! 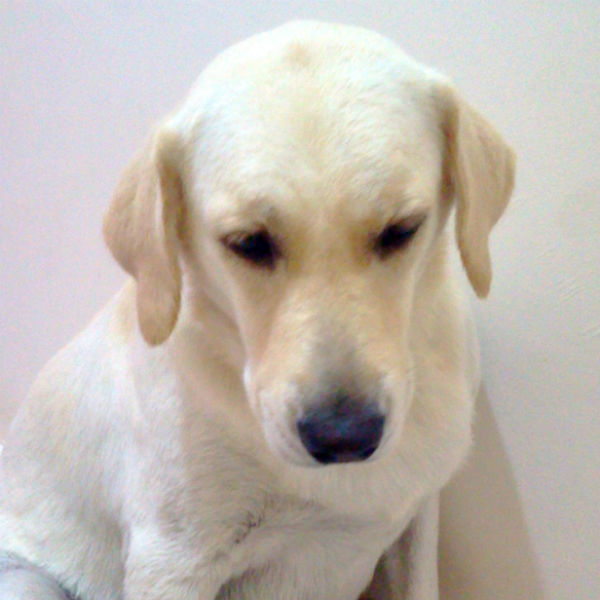 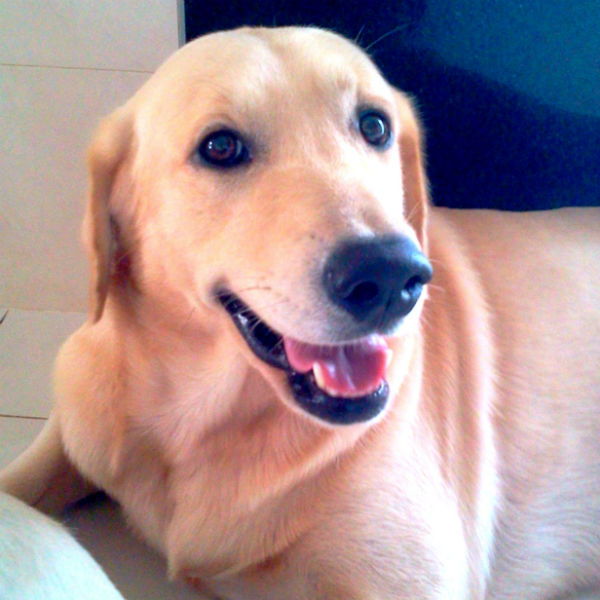 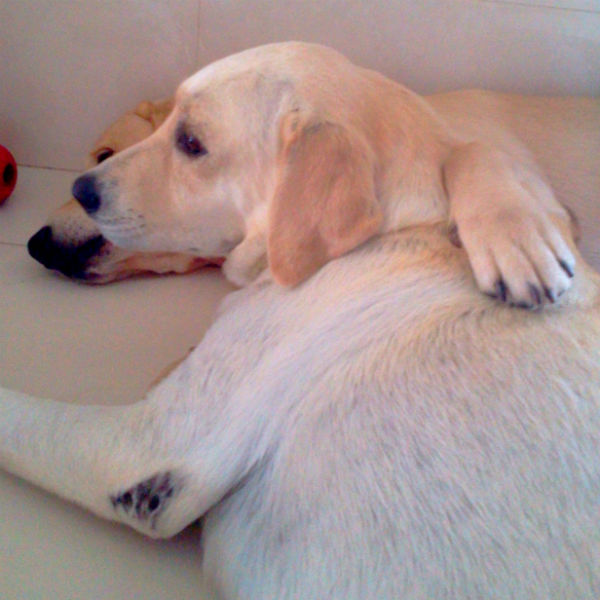 FEW NIGHTS AGO, there was a cockroach in the living room WTF. I really damn hate cockroaches and I wish all of them would just disappear forever! I'm scared of cockroach (and all other small disgusting and ugly insects) and because they're dirty (germs yucks), I don't want my dogs to play with them!

I screamed and shouted and even called my parents but they said they were too tired to come down WTH... So I knocked on my helper's door and wtf, she took 4 minutes to come out. I felt damn annoyed ok.

My helper eventually caught the cockroach and killed it. Zegna was scared because I screamed and shouted. She thought something bad was going on. So I brought the dogs into the guest room and slept with them the whole night.

Yup, they're not allowed in the guest room but there's always an exception because I say so (hahaha kidding but that night was quite a horrible night)

Zegna really knows how to enjoy life. She would jump on to the bed/sofa without anyone telling her to do so. 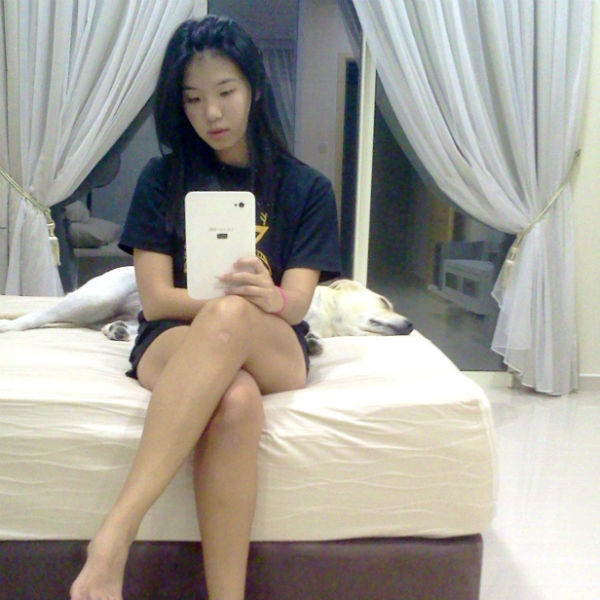 Hong Kong 3 Divas Concert tickets by Marina Bay Sands. My mum and aunts are going to watch the concert but if one of my aunts decided not to go, then I'll be going :) 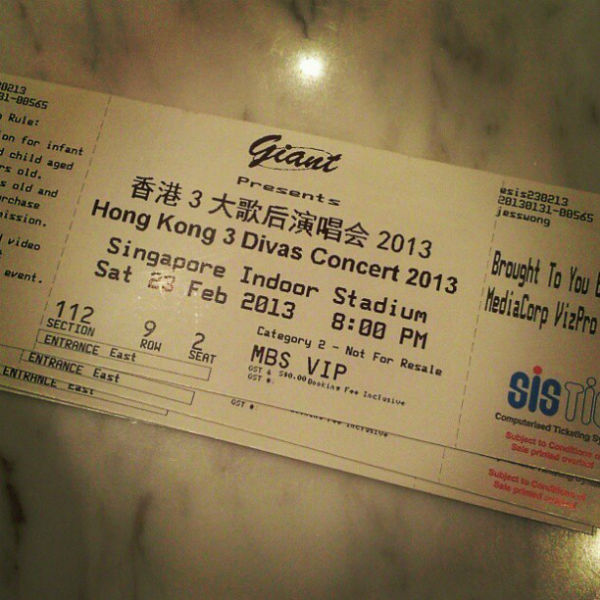 Kenneth has uploaded the pictures we took in class YAY and here are my two fav!

A retarded picture of myself HEH 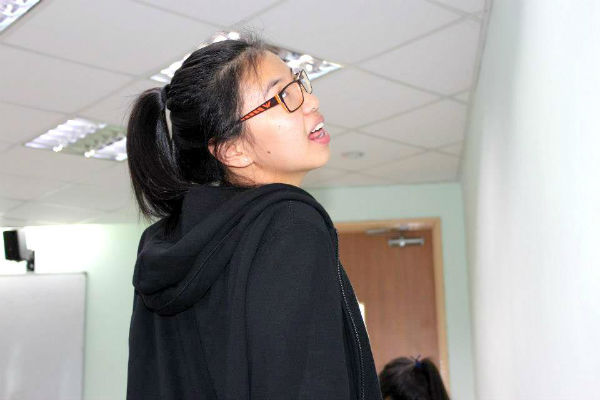 And of course, a lovely picture with the class and beloved POA tutor ♡ 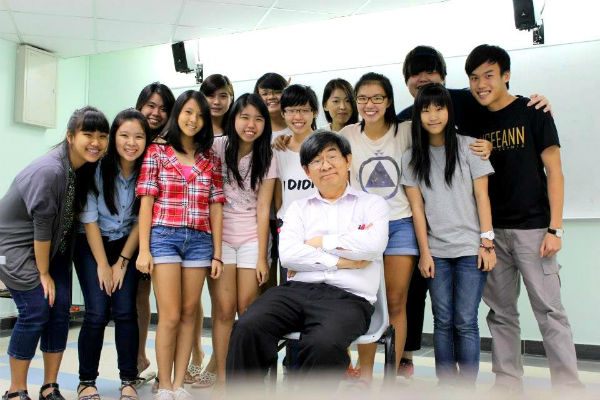 I JUST HAVE TO END MY POST WITH MY FAV SCREENSHOT OF T.O.P

This was in their LOVE SONG (LIVE SHOW) on Youtube.
MADNESSSSSSSSSSS I LOVE YOU CHOI SEUNG HYUN ♡♡♡♡♡♡♡♡ 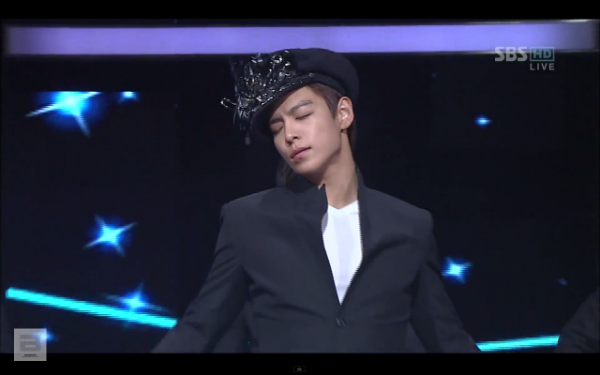