Someday I might just wanna read my archives and laugh at myself (I have this weird habit of laughing at myself) I can't imagine what would happen to all of us if we don't have access to internet in the future. PLEASE DON'T LET THE INTERNET DIE :(

Anyway, I spent my first 2 weeks of holiday at home, accompanying my dogs and of course, WATCHING DRAMAS!

Okay, actually this post is nothing interesting because I'm just gonna blog about how I feel about the dramas I've watched. So far, I've watched The Legend of Zhen Huan, IRIS and Meteor Garden! I shall start with my all time favorite drama - METEOR GARDEN ★♥ 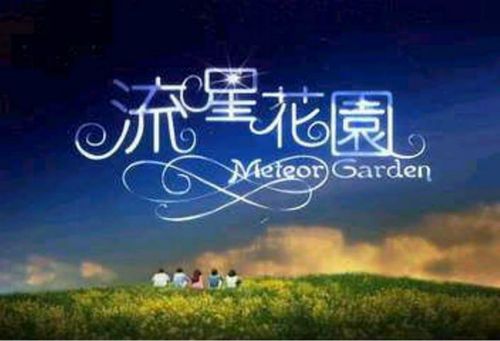 I remember this show was broadcasted in channel 8 around 2002/2003 (I was in Primary 2/3) and my mum, sisters and I would gather around the TV. It was one of the famous dramas and though TV productions have changed over these years but I still prefer dramas produced in the 1990s to early 2000s :)

In Meteor Garden, they were using the old Nokia phones...... you know, our dad's old Nokia phone with the non colored snake game? Something like that:

Here are some facts I didn't know

I'm sure many of you know what this drama is all about. To those who didn't watch this drama, I feel sad for you but don't worry, here is a good website to watch!

(Some pieces of information are adapted from Wikipedia)

Barbie Hsu as Shan Cai
She is a hardworking, tough girl who always defends the weak. She thinks herself as a 'weed' of her school. She first likes Hua Ze Lei, but then starts to have feelings for Dao Ming Si. As her life gets tougher, she just keeps enduring, earning the respect of all the F4 boys and soon becomes good friends with them. 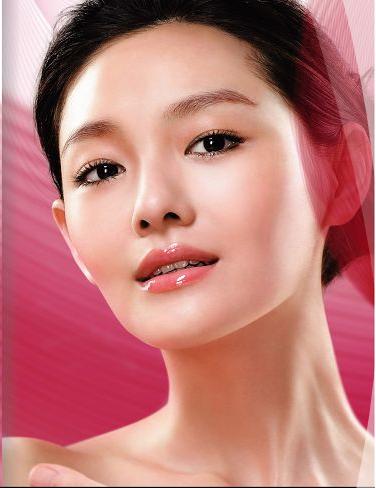 I respect how she has the strong sense of justice in her and always forgiving those who had hurt her. She even had to work part time to support her family. I was just pissed off at how she's not sure about her feelings for Dao Ming Si and Hua Ze Lei then she just sort of like "betrayed" Dao Ming Si when she was away for a holiday with F4; She couldn't sleep at night and kept thinking of Hua Ze Lei so she went to the beach for a walk and saw Hua Ze Lei. They were talking about their feelings and Hua Ze Lei kissed her. She was enjoying the kiss and also hugged Hua Ze Lei. The worse part is, DAO MING SI SAW IT! Omg his heart broke and my heart broke too :(

Jerry Yan as Dao Ming Si
He is stubborn, hot-headed leader of F4, and distrustful of everyone but his three childhood friends. He thinks money can solve anything. He is at first is angry at Shan Cai for her defiance but, over time, he comes to love her. 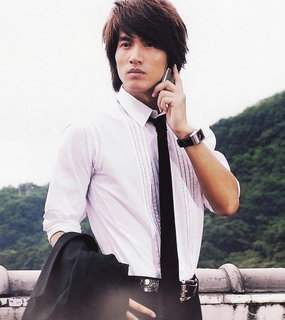 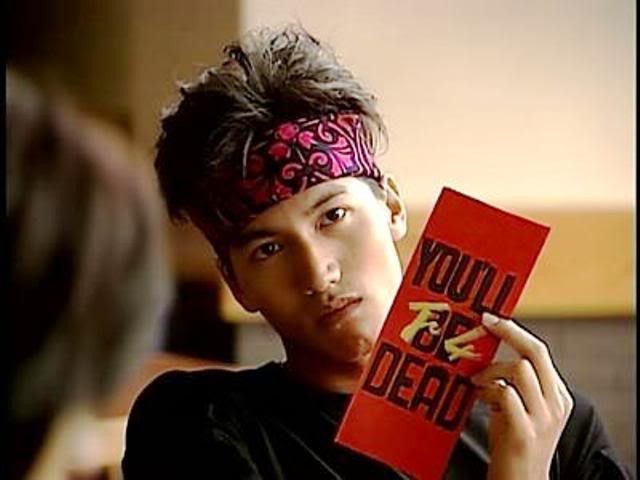 I wouldn't say Dao Ming Si is 101% perfect but I would say he is 92% perfect ;) The 9% of imperfectness goes to his hot temper and stubborn character! He would hurt anyone who pissed him off. He's overprotective but whatever la ok he is damn funny! In this show, he's also snobbish and thinks that just because he's rich, he can do/have everything he wants BUT Shan Cai proved to him that money cannot buy her. I don't blame Dao Ming Si for this flaw because his parents were very busy people and he met his parents once in every few years. Furthermore, he didn't have a lot of friends due to his background and his personality. I mean, obviously these somehow contributes to the reason why he is like that. Excluding the 9%, he is someone every girl would wish for :) HAHA ok maybe just me....  He is handsome, tall, muscular, cute, funny, retarded, weird, wealthy, goes all out to protect the girl he loves OK basically he is quite perfect. His house is freaking freaking freaking huge!

Vic Chou as Hua Ze Lei
He is a soft-spoken and kind boy whose opinion Dao Ming Si relies on. His friendship with Dao Ming Si almost ends over Shan Cai. He loves his childhood friend, Jing. He becomes Shan Cai's protector and close friend, and later falls in love with her. At the end he goes back to Paris with Jing. 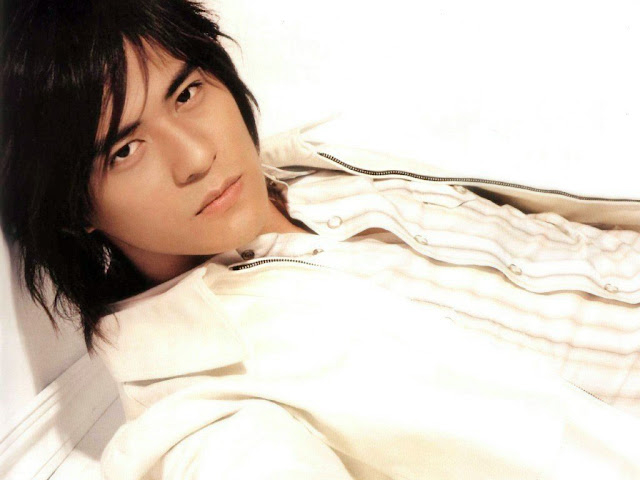 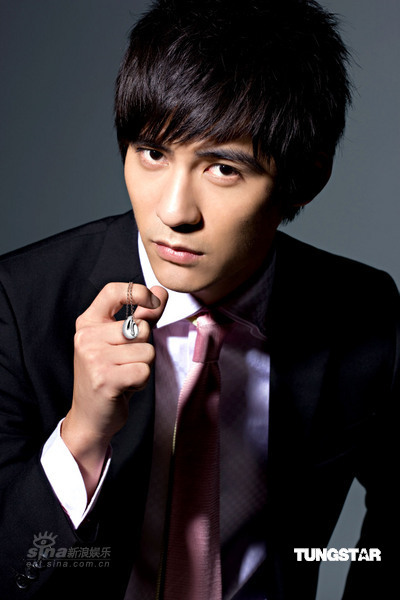 He's such a boring guy. I always skip the part where he met Shan Cai at the rooftop. When he was on a date with Shan Cai, he didn't even plan where to go/what to do. And they don't even quarrel! This is boring.... *yawns* i wish I could be like him; 15 hours of sleep a day.

Ken Chu as Xi Men
He is a fun-loving playboy of F4 that only date girls no longer than a week and close to Zuoling. He is nice to Shan Cai. Xiaoyou is attracted to him. 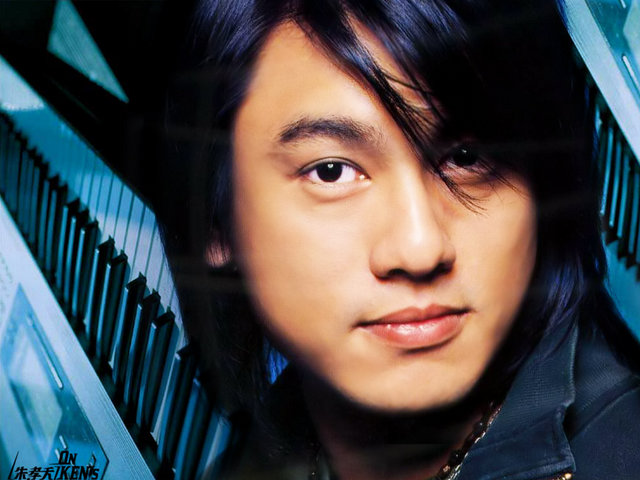 
He is the other playboy who is very loyal to his group of friends. He is also nice to Shan Cai. 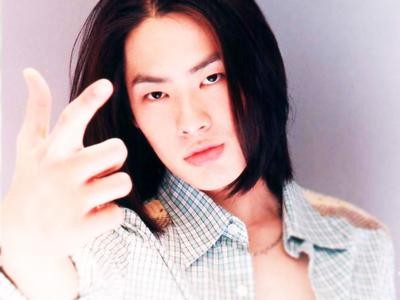 Though Xi Men and Mei Zuo didn't capture my attention as much as Dao Ming Si and Hua Ze Lei did, I like how they (including Hua Ze Lei) are always supporting Dao Ming Si. Though sometimes Dao Ming Si is overbearing and bursts his temper on his good friends, the 3 of them will always be there for him. They are also rich kids and heirs to their parents' business empires but they don't look down on Shan Cai, who is an ordinary girl. They even go all out to help Dao Ming Si and Shan Cai to get together. Their friendship is more than anything in this world, it is priceless :)

Winnie Qian as Teng Tang Jing
She is very close to Lei. While he loves her, she seems to see him as a younger brother most of the time. At the end she persuades Lei to go back to Paris with her, which he did. 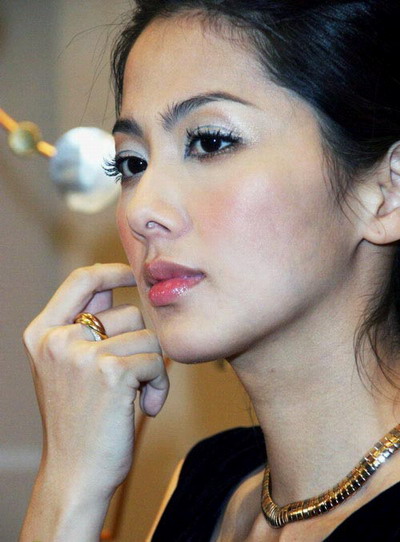 GODDESS ON EARTH. Beautiful, smart, sweet, nice, friendly and humble. I guess she's really perfect :) She's the heiress of some holdings but she chose to be a lawyer and help the poor. Though she's a 千金小姐, she didn't look down on Shan Cai.

Wang Yue as Shan Cai's mother
While a loving mother, is desperate to get Shancai married to a rich man. She is the one who uses some contacts she has to get Shancai into the F4's school.

I felt quite annoyed when she forced Shan Cai to continue studying in Ying De University because she wanted Shan Cai to find a rich husband there. Honestly, the students in Ying De are damn rich (top 10 wealthiest in Taiwan/top 100 wealthiest in the world) and Shan Cai's family is not even 1% near. The mother should be more "auto" in her thinking la. But those rich kids in Ying De are stupid and arrogant. They attended school for the sake of showing off -.-

Dong Zhicheng as Shan Cai's father
He is always sneaking food and seems to have no luck with his job which he later loses. He seems to always cause the family financial problems.

He is really one useless piece of shit! Though he worked, he was stuck in the same position for 20 years. Then, he borrowed a large sum of money from loan sharks and spent it all on lottery, thinking that he would win. In the end, he lost and Shan Cai had to borrow money from Dao Ming Si. Though Dao Ming Si insisted that she shouldn't pay him, Shan Cai took on another job to earn more money so that she could pay back.

She looked better with long hair 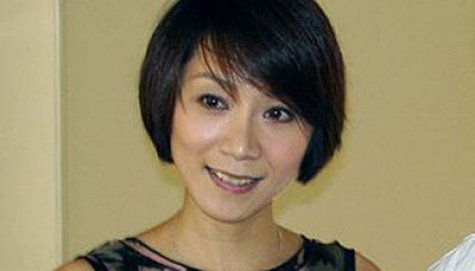 (I heard she has passed away in real life due to gastric cancer???) She's the violent version of Teng Tang Jing but I really like Dao Ming Zhuang because there's only one word to describe her: COOL. She's also nice to Shan Cai though their family backgrounds are so different. She didn't mind Shan Cai's background and supported her brother, Dao Ming Si to get together with Shan Cai. Actually, I feel bad for her because her mum forced her to marry a hotel magnate to build her mum's career and not someone whom she truly loves. She's always in the US but she went back occasionally especially when Dao Ming Si is in trouble.

Zhen Xiu as Dao Ming Feng
She is Dao Ming Si's controlling mother. She is very strict and everything mostly goes her way. She uses many different cruel ways to get Shan Cai away from Dao Ming Si. 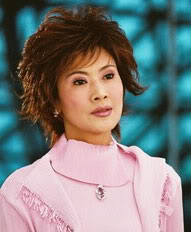 Dao Ming Si with his mummy! 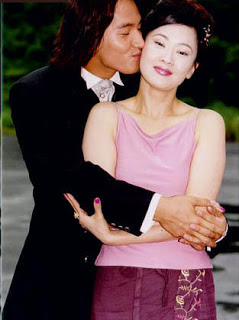 Dao Ming Feng even told Hua Ze Lei if he is willing to start anew with Shan Cai, she would help his father's insurance company. WTH really one bitch! But Hua Ze Lei damn man la, he rejected her and said he would be Shan Cai's guardian angel AHHHHHHHHH ♥.♥ She would also get her personal assistant to stalk Dao Ming Si, Yuan Zi and whoever related to Dao Ming Si. Damn sick! I want to slap her when I see her face in the show. 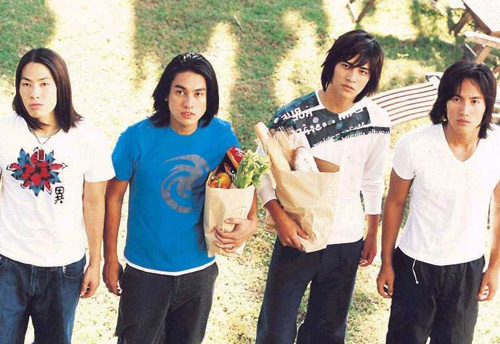 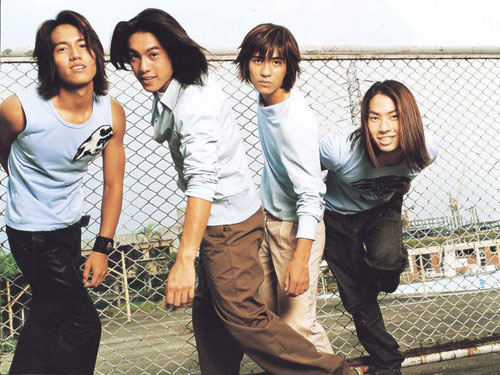 Ok my fav episode is the last episode!
(3:30) Dao Ming Zhuang knocked some sense into Dao Ming Feng
Then she finally gave in and flew back to New York, allowing Dao Ming Si and Shan Cai to be together.


Now that I've watched Meteor Garden Part I, I'm afraid to watch Part II because Dao Ming Si would get involved in a car accident and lost his memory. I still have many dramas/movies to watch! 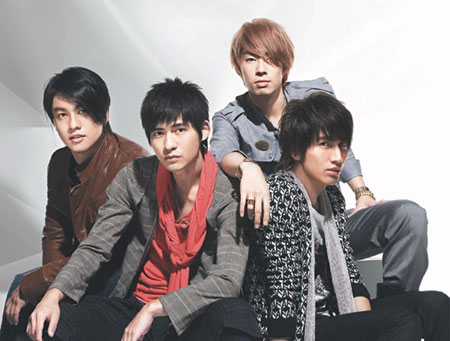