This year's birthday was the simplest and happiest because I did nothing except going to the temple to pray with my mum, dinner with aunt and took my dogs out for a walk :)
Dad had a meeting with an Australian client at night so we arranged to have dinner on Sunday night. 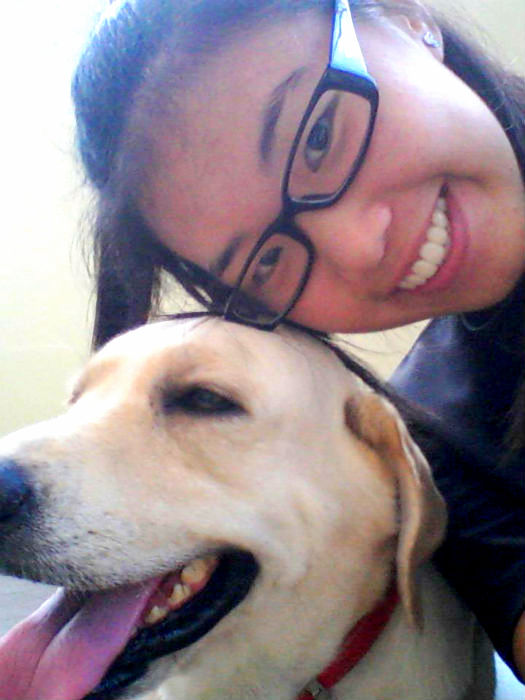 To me, birthday reminds you that that you're growing old :(

The only time I held a birthday celebration was my 16th birthday but I don't like the idea because it's too troublesome to book a room at Marina Bay Sands, prepare food, entertain guests and stay over. Back to my 18th...... 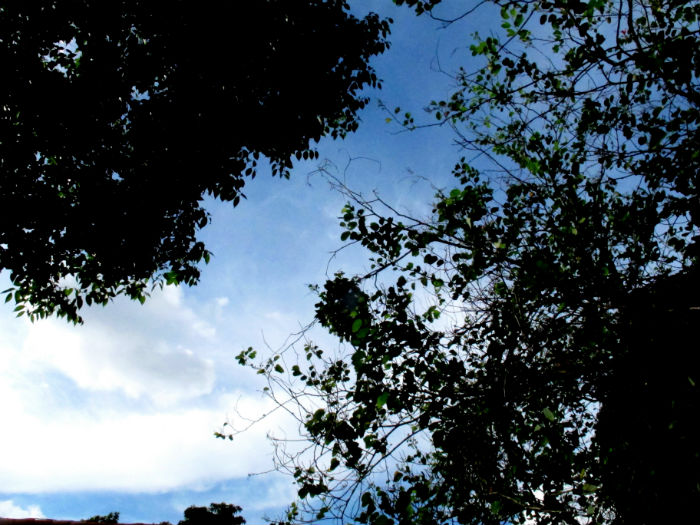 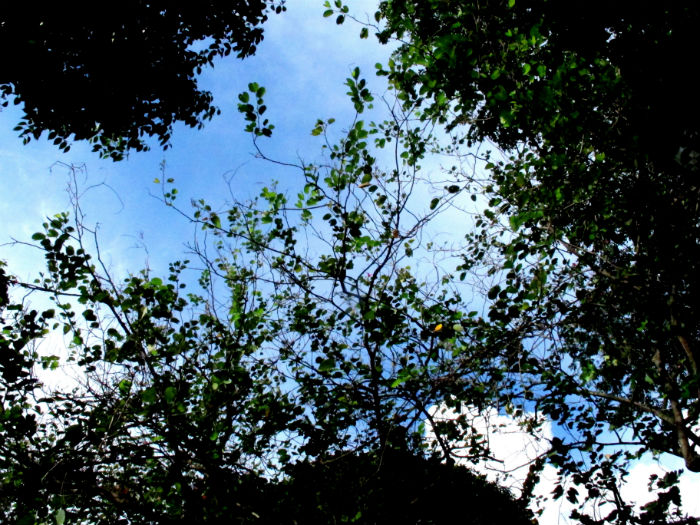 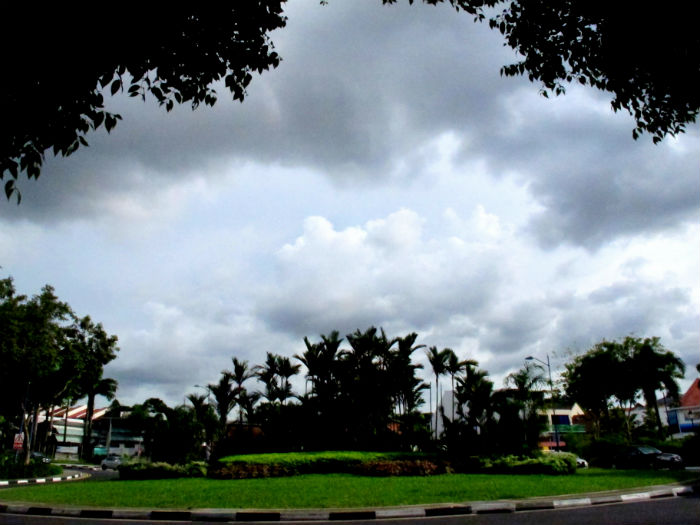 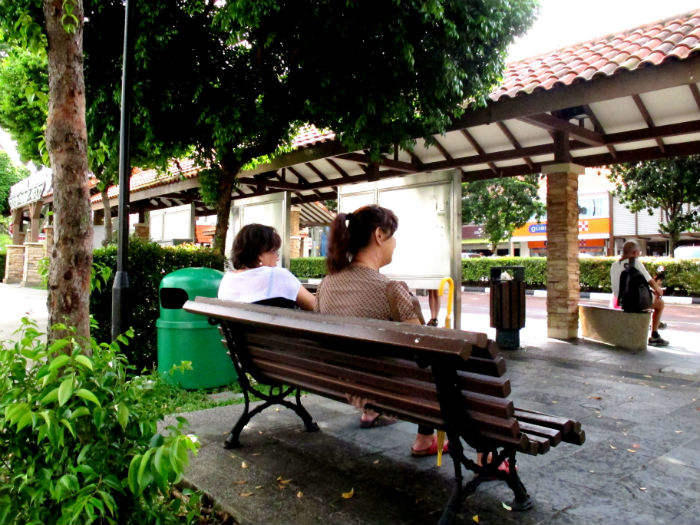 In the afternoon, I went to Waterloo Street with my mum and aunt to pray at Kwan Im Thong Hood Cho Temple. Had D24 durian (aunt is a pro when comes to choosing yummy durians!) opposite Iluma and hokkien mee at Toa Payoh HDB hub! Used to eat the hokkien mee before tuition... Good and cheap food! Only lacking of sotong... but it's a big portion! 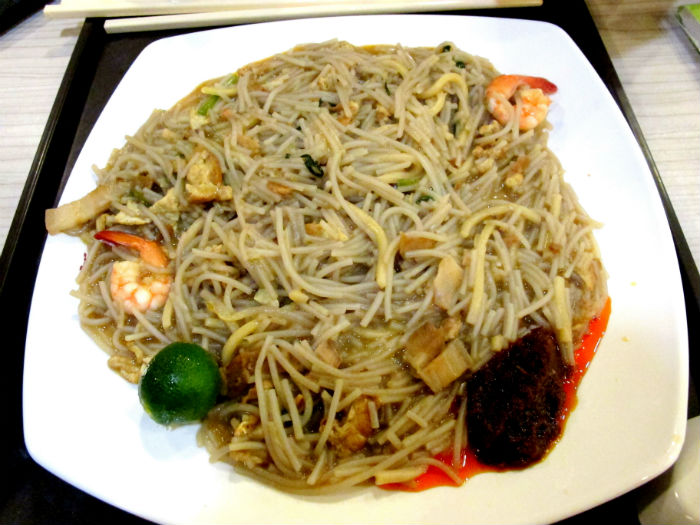 I don't like the hokkien mee in food republic because it's expensive, small portion and they don't peel the prawn shells for us.

I wanted to go home for a nap but ended up bringing my babies out for a walk!

We took the overhead bridge at the end of our street to Ang Mo Kio then walked back again. They were so tired!!! Panting like mad!!! 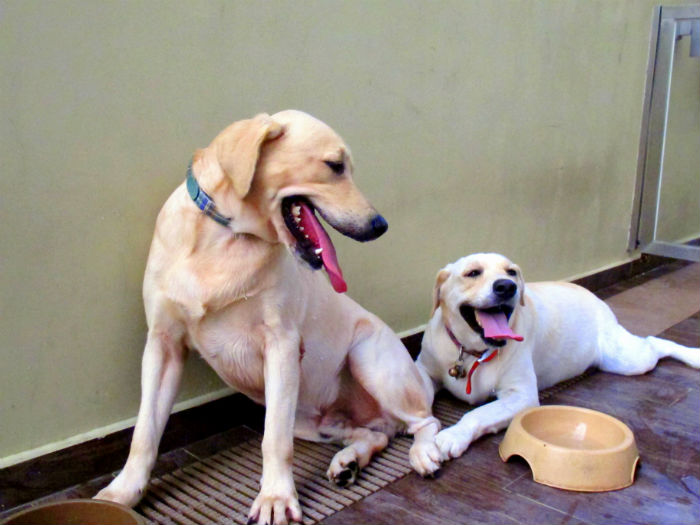 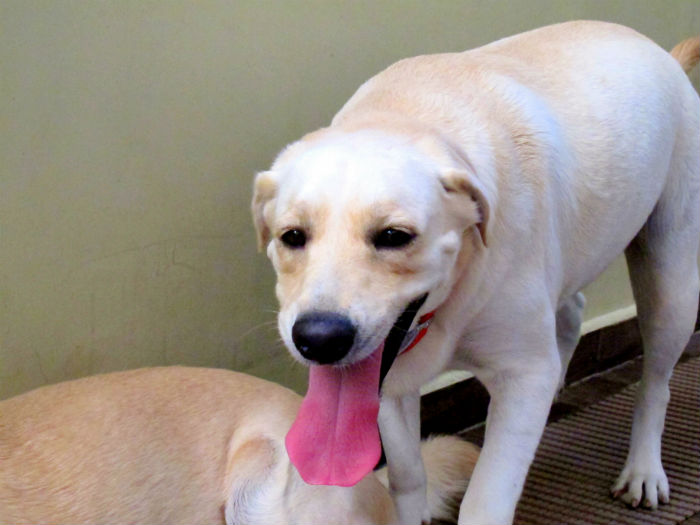 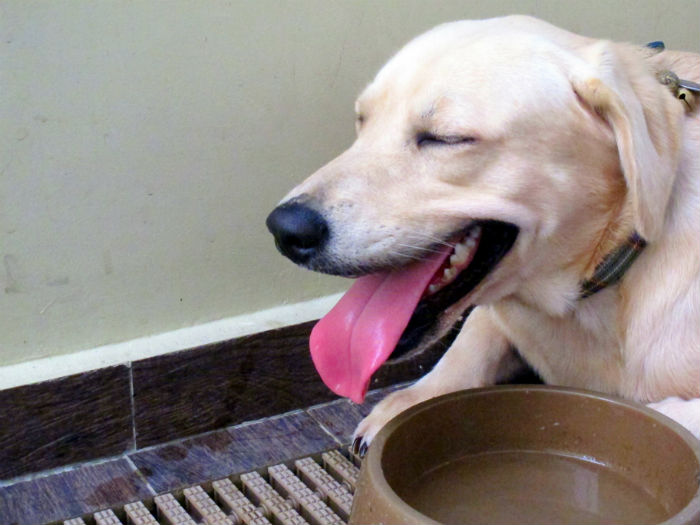 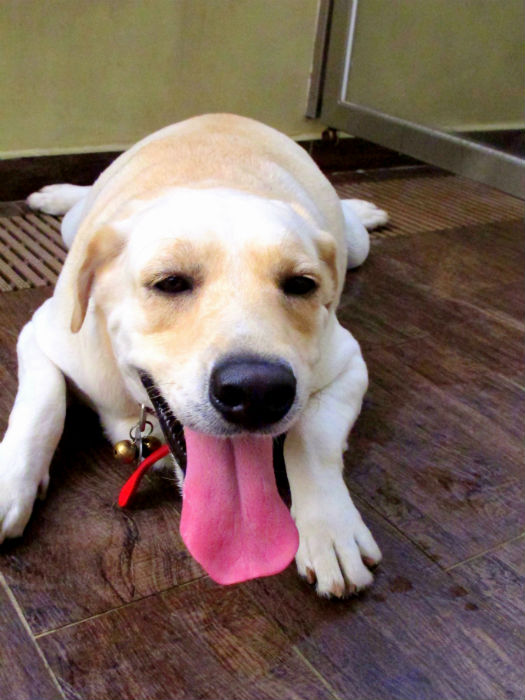 This is one sexy pose from Buddy! *Winks!* 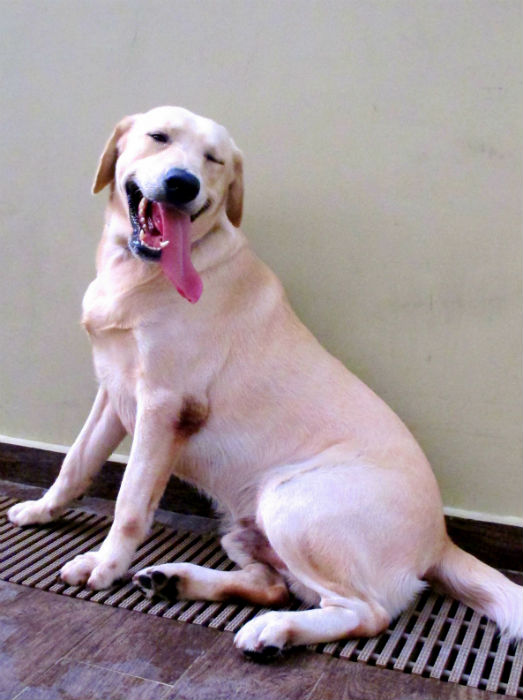 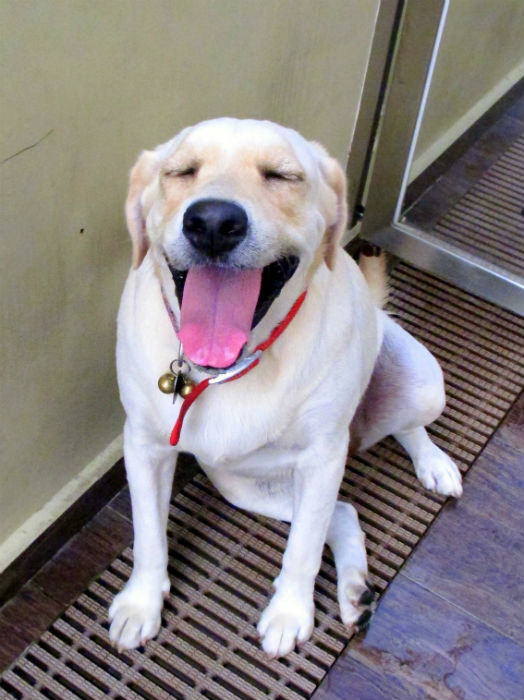 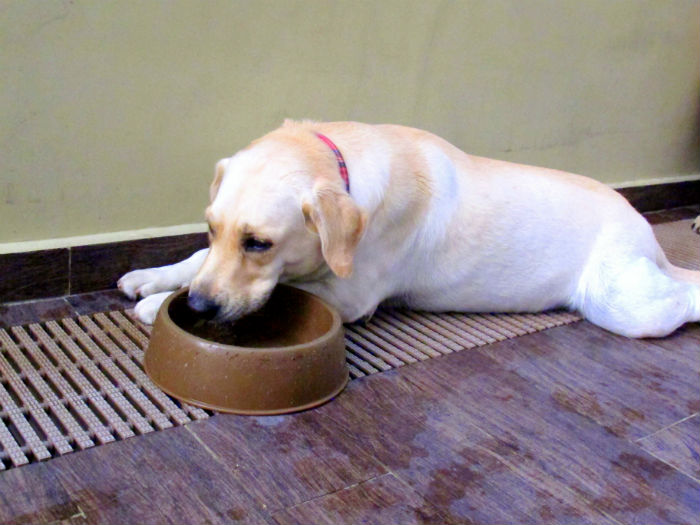 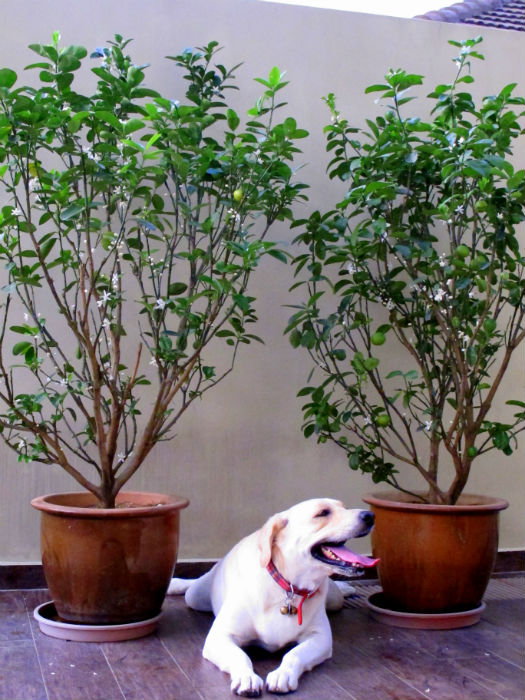 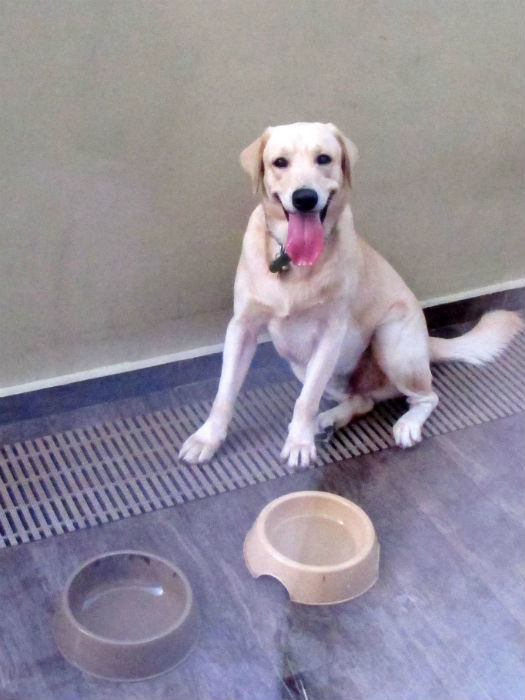 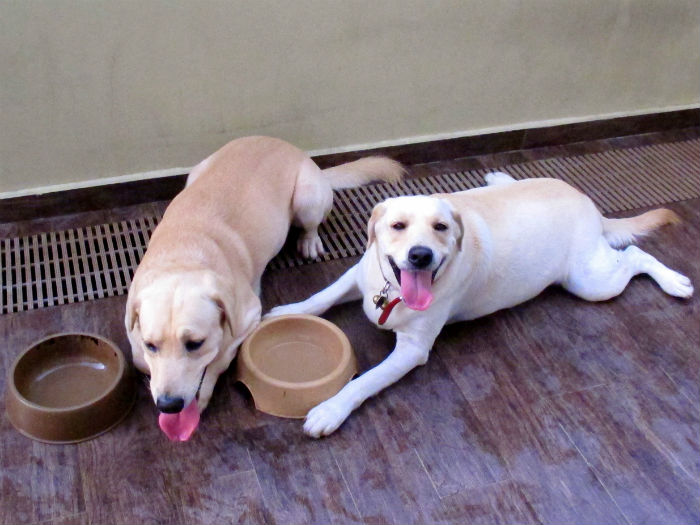 Instead of getting myself a cake, I bought a cake from US doggie bakery in Pet Lovers Centre for my dogs to share! It's a banana cake! 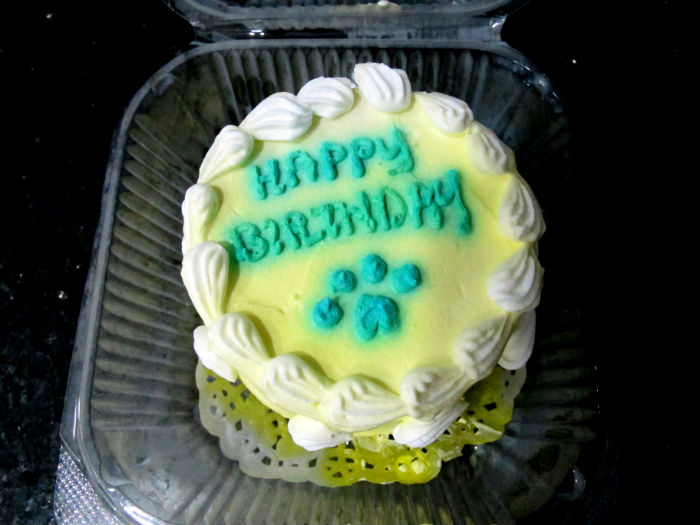 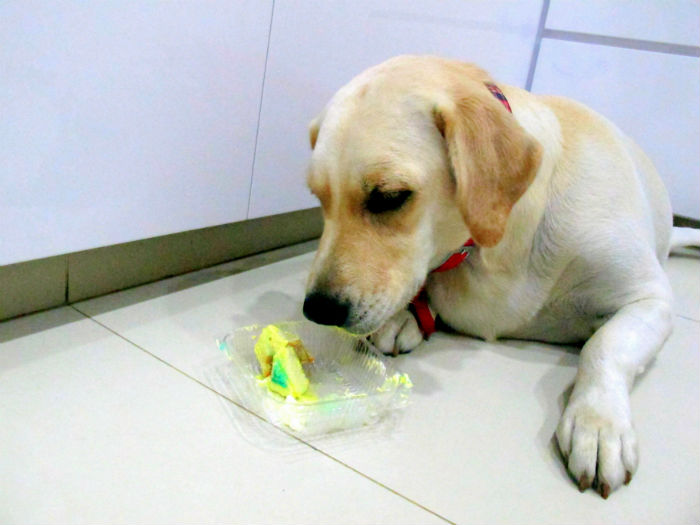 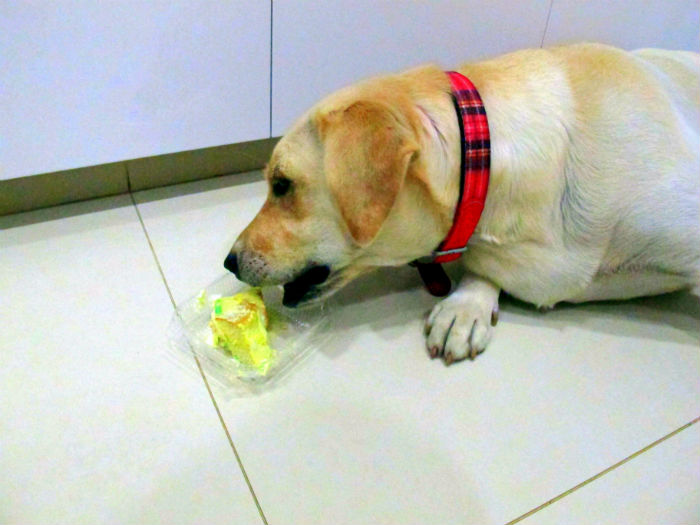 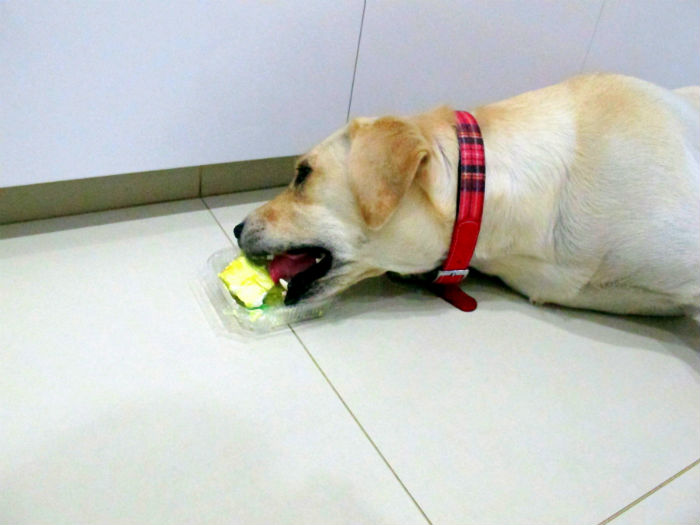 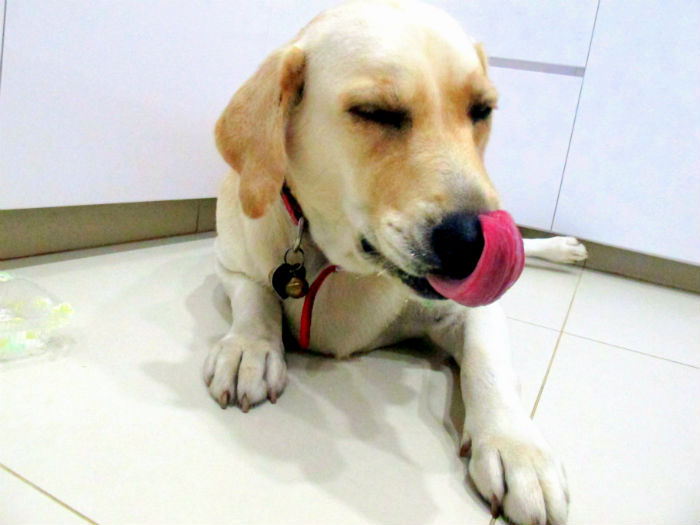 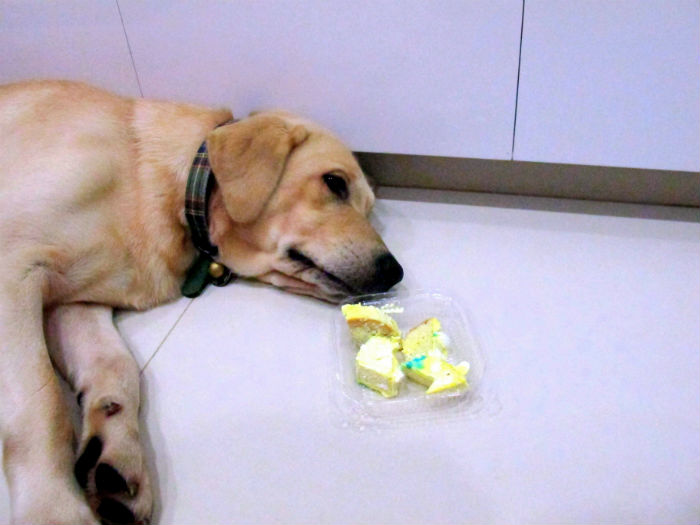 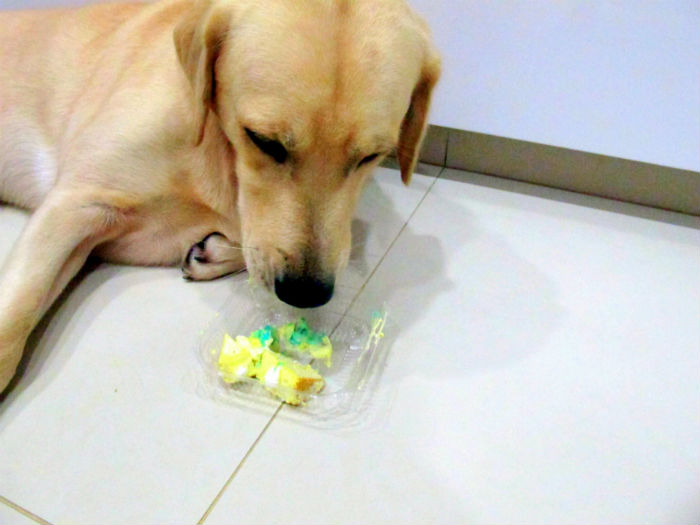 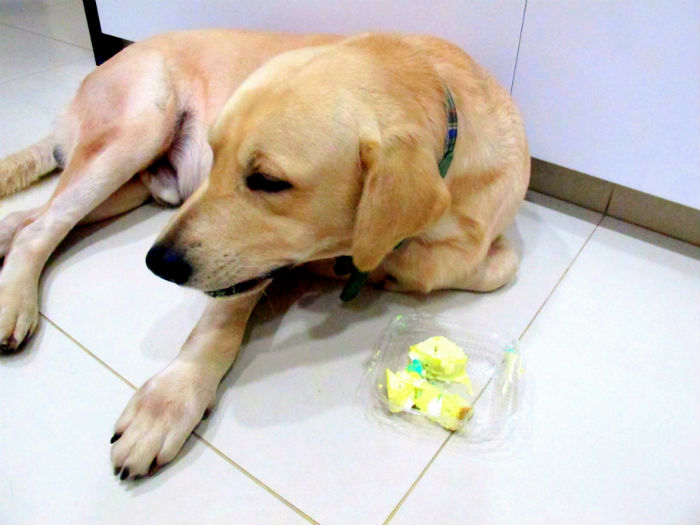 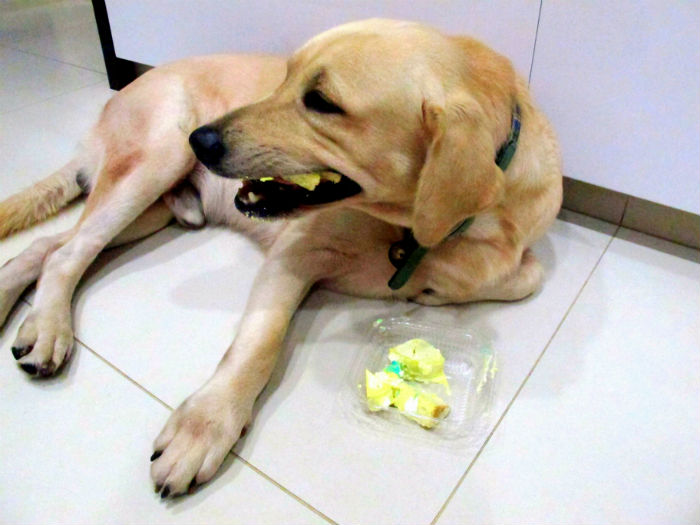 In the morning, Wen greeted me with a slice of red velvet cake from Pique Nique and a Forever 21 voucher because I'm a huge fan of Forever 21 since it's cheap and nice HAHA. 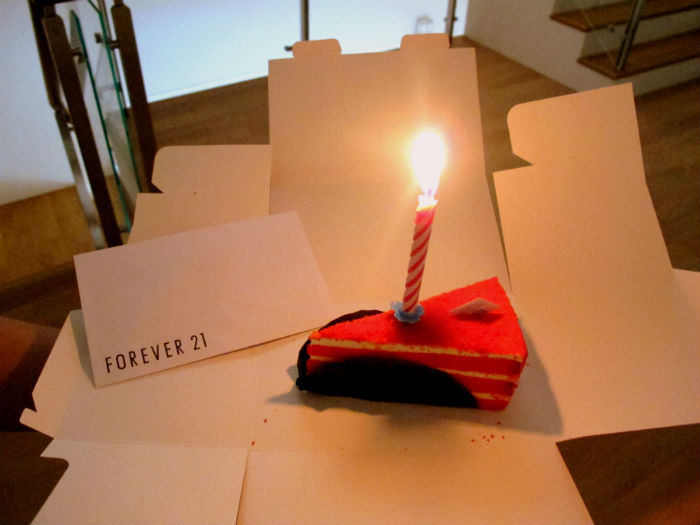 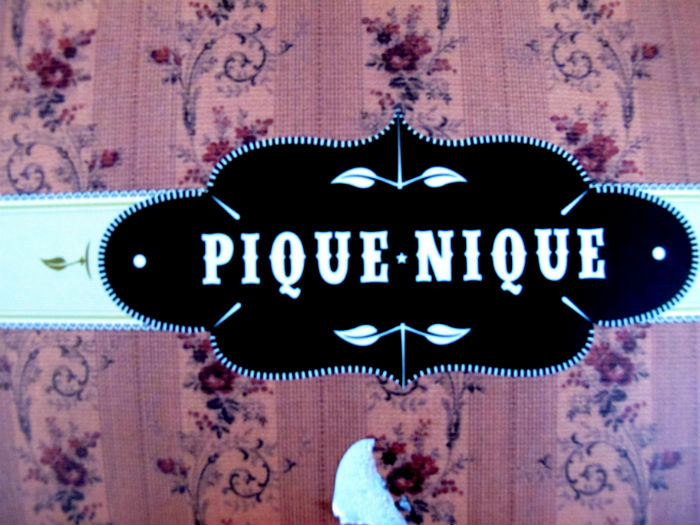 James couldn't book out because he had to do guard duty (yeah on my birthday, thanks SAF) but he surprised me with a cake the next morning. We went to SAFRA to collect his stuff and walked around... It's so beautiful now! Then we had breakfast at Toast Box and went to Shop n Save to get his snacks. 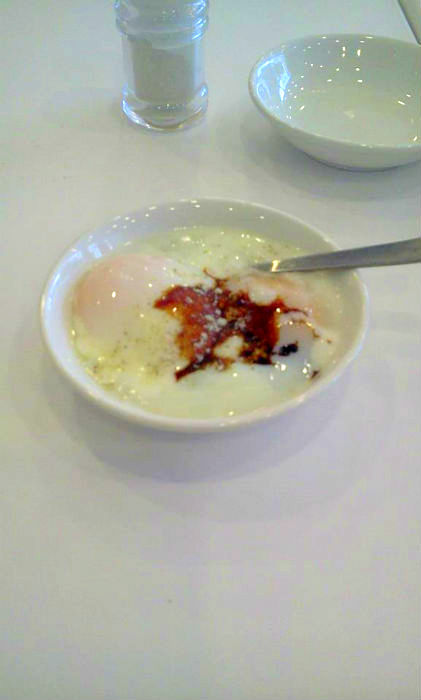 I was feeling damn tired so we went to the library. He read some army books and I slept on his shoulder. Got caught by the librarian for sleeping but who cares, I continued sleeping... Went to Breadtalk to get some bread because I was still hungry and took bus to the driving range for my golf lesson. Missed 2 weeks of lesson due to Common Tests and I had to catch up but it was okay I think.